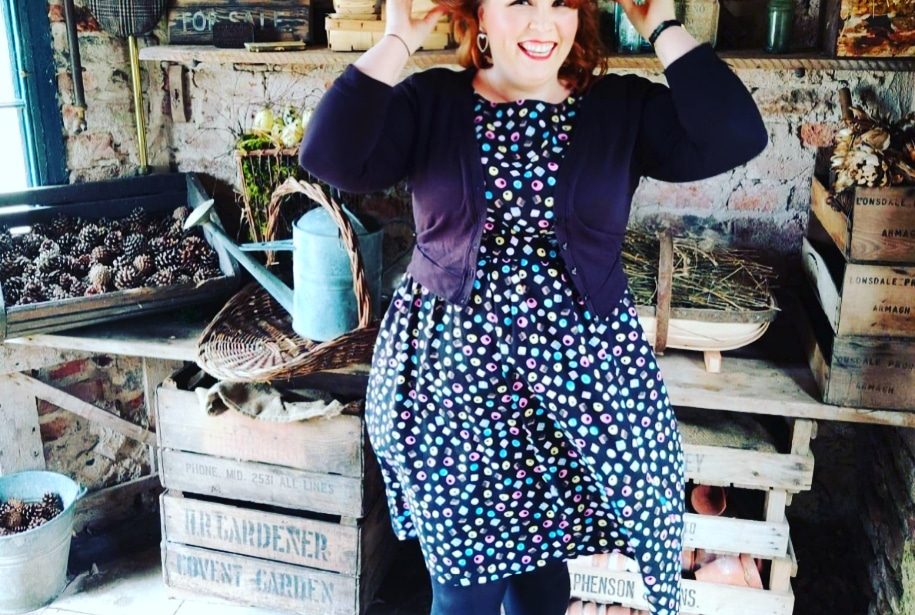 This post was born out of a throwaway comment that was directed at me recently: “sewing is a bit of an anti-feminist hobby, isn’t it?”. When I recovered from the initial shock of such an uninformed and uninvited opinion, I was not shy of explaining why this person were wrong in their rude assumption…

I believe sewing is a feminist act; only someone who doesn’t understand feminism would call sewing an anti-feminist activity.

Basic feminists (and I use that term like I would ‘basic bitch’) see things as dichotomous – from its foundation, feminism has been predicated on the seeming binaries of public and private (with the sphere of the domestic lying within the domain of the latter); activities like sewing have been – and seemingly, still are – defined in this binary as representative of an ultra-repressed version of womanhood. Don’t get me wrong, I can understand where this argument comes from; it was once common for a woman to be defined by her domesticity and sewing was a huge part of that; if women weren’t making clothes, they were often mending them due to economic restraints. Many of us will have heard of this reality from our grandmothers. However, that’s history; it is not our historical moment. To judge the act of sewing now based on historical realities makes no sense.

Following the Second World War, as women moved into the workplace, there was a sea-change in gendered labour stereotypes. Glamour girls were replaced by Rosie the Riveter as the government started a campaign to entice women to serve their country. In this context, domestic duties lost their primacy and many of those skills traditionally associated with ‘a women’s place’ started to decline.

Betty Friedan’s book, The Feminist Mystique, published in 1963, marked the evolution into the second wave of feminism (the first wave having been the 72 yearlong movement for women to obtain the right to vote). While the second wave of feminism advancing women’s legal rights (and aren’t we so glad about that?), it also saw the further decline of home crafts such as sewing. It is within this mindset that the individual who tried to mock hobby seems to have got stuck!

The feminist critic, Germaine Greer, summed up the second-wave cultural attitude towards what was traditionally considered as ‘women’s work’ in an article for The Guardian when she said, “Women have frittered their lives away stitching things for which there is no demand.” Not for the first time in my life, I can’t help but find fault in her assertion. The problem with this kind of ‘basic feminism’ is the assumption that women sew because we have to, not because we want to. The question of agency is completely overlooked.

Agency is at the heart of third wave feminism which, for the most part, rejects the idea that, to gain power, women must assume masculine roles and renounce the joy that can be found in domestic activities. As third wave feminism correctly teaches, disowning any activity that was traditionally conceived as ‘feminine’ does not empower women; it further undermines them.

The only school of feminism I prescribe to is the one predicated on choice. Not all female activities pre-feminism can be called regressive or subjugated. Sewing is a choice in so many ways; from the very decision we make to buy a sewing machine to the choice of fabric and pattern we choose to create a new garment. What could be more feminist than choosing an activity that allows us to have control and power over how we spend our time and our money or the styles we choose to adopt for our bodies?

For me, sewing is a feminist act because it empowers us. If you’re a knitter, you may have come across Debbie Stoller’s book, Stitch ‘n Bitch; some may well say this book single-handedly made knitting ‘in vogue’ again and I wouldn’t disagree. The book is a decidedly feminist call to action; and while it may be about knitting, you’ll be hard pressed to not find an affinity with the message. The chapter entitled ‘Take Back the Knit’ eloquently explores the relationship between feminism and crafting. Stoller says:

“Betty Friedan and other like-minded feminists had overlooked an important part of knitting when they viewed it simply as part of women’s societal obligation to serve everyone around them–they had forgotten that knitting served the knitter as well.”

The same is true of sewing. I do not sew because of any feeling of duty or obligation but because I want to, and I enjoy it. Sewing serves me well. On a personal note, I started my sewing journey a year ago as life dramatically changed in response to a pandemic – sewing became a coping mechanism for me as I reconnected to my creative self. In so doing, sewing has served me in several ways:

I have found body positivity and self-empowerment.

I have always struggled with my weight – I have been everything from a UK size 8 to 16. I dieted (if you can call starving yourself dieting) and I exercised (to the extreme) to try and claim ownership of my body. I wish someone had told the 24-year-old version of me that the secret to self-acceptance was to take up sewing. If you caught my first Sew Anonymous blog post on self-love, you’ll know where I am coming from here. My measurements used to cause me upset but now that I use those numbers to make garments that I look and feel good in, they now empower me and have helped me to accept my body on its own terms. It is an investment in body positivity to make garments that work for our bodies.

I’ve always known what works for my body – swing styles and fit and flare dresses are my basics – but it wasn’t always easy to find these and if I did, I may not always have liked the fabric or the print. Now I can make these styles in as many versions as I like. One of my favourite patterns – I think this would suit most body types – is the classic Colette Patterns Moneta dress.

I celebrate my individuality

As a creative outlet, sewing allows us to express our individuality. Don’t get me wrong – before I started sewing, I wore what I wanted when I wanted. On any given day, I could be certain that someone would comment on my attire; often I was told I looked dressed for theatre or opera when I arrived at work. I’d be stopped in the street to be asked if I was going to a wedding. Even more than ever, my clothing options are limitless. We have no boundaries. We are not constrained to what is available on the ready to wear rails.

I can live in a more sustainable way

Sewing is valuable to me in the sense that I can practice more sustainable living. At the core of sustainability and the slow fashion movement lies the principle of equal and humane treatment for workers – and equality is the heartbeat of feminist practice.

Personally, I have not bought a single piece of ready to wear clothing since I started sewing a year ago. After extensive reading, I considered the price to be too high to continue participating in the culture of materialism and disposability. Fast fashion thrives on the exploitation of workers, the majority of whom are women. The Slow Factory Foundation’s research reveals that approximately 85% of garment workers are young women aged 18-24; their daily salary is less than $3 per day. Add to this the fact that their working conditions are so poor that many of these workers (if they do not meet their daily quota of labour) will not get paid at all makes for stark reading. Then there is the terrifying statistics around how many of these women suffer gender-based violence and harassment in the workplace. I recommend that you check out their Open Education programme to learn more about these issues – it’s free!

When we sew our own clothes, we circumvent ready-to-wear fashion choices. How many of us sew to avoid the sameness of mass-produced clothing? I know I do. Slow sewing encourages us to find more value in our clothes, too, because we value the time we have invested in creating them.

In conclusion – even though I could write about this subject a lot more than what I have – the days of sewing as an oppressive chore for women are gone. We are liberated and, every time we sew, we can celebrate this fact.