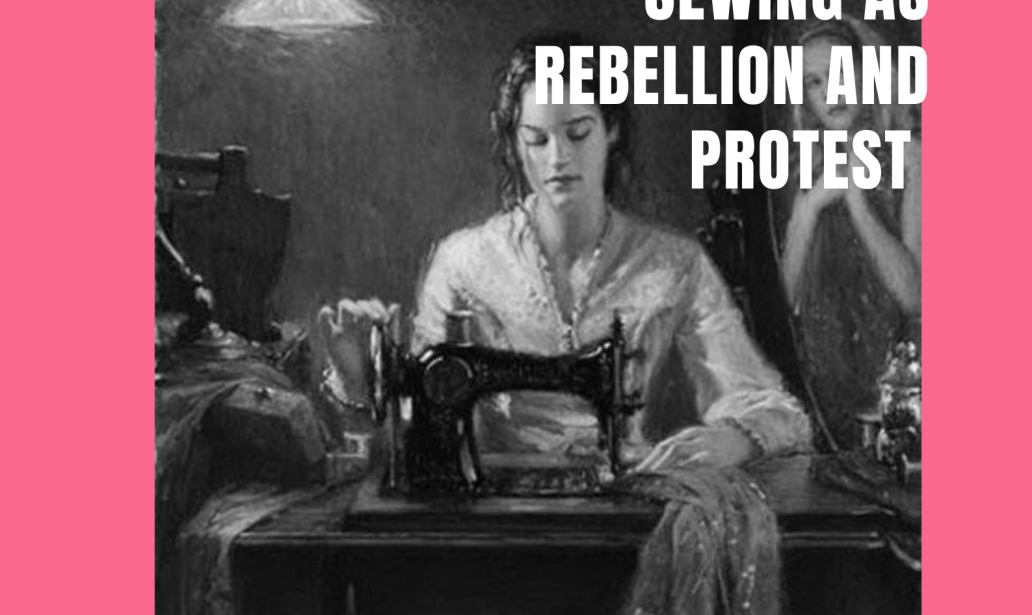 Happy International Women’s Day to all my sister sewists!

This has always a day that has made me pause to reflect on women’s progress and admire the accomplishments of so many women past and present. This year, my thoughts have got a little more specific and have brought me to my hobby – sewing.

For the majority of history, domestic handicrafts have commonly been considered ‘women’s work’ rather than ‘art’. Sewing, quilting, embroidery, and needlework have never been considered as worthy artistic equivalents to painting or sculpture.

There is a hierarchy in the arts: decorative art at the bottom, and the human form at the top. Because we are men.1

This age-old aesthetic hierarchy was barely challenged until the 1960s when, in the wake of the Women’s Liberation Movement, feminist artists resurrected women’s craft and decorative art forms as a means to express female experience, thereby making participation in these crafts a political and subversive act. Craft itself is a word which is etymologically rooted in power; after all, it means making; it means doing.

Lucy Lippard, in her 1973 essay, ‘Household Images in Art’, argues that the Women’s Movement gave women the confidence to express themselves:

“[The began] shedding their shackles, proudly untying the apron strings—and, in some cases, keeping the apron on, flaunting it, turning it into art.” 2

Post World War II saw a revolution for crafts like sewing. It moved away from being a necessity — you had to make everything for your home and your wardrobe — to being a choice. The buzzword here is CHOICE. By the 70’s, the women within second-wave feminism who embraced these crafts were choosing to align themselves within the history of women’s labour. When I sew, I too am deliberating acknowledging that history.

I wish I had the time to do the history of women and textiles the justice it deserves; but, in brief, it is more than a history about making and mending clothes. Every time we sit down to sew a new garment, remember this – we are the new generation of a heritage of female protest and activism. In the 1970s, sewing and knitting were at the heart of second-wave feminism’s take down of traditional, male-centric art institutions. Today, for many of us, sewing is a form of resistance against capitalist consumer ideals and female body politics.

I, for one, sew out of my distaste for capitalist culture and fast fashion; I have no love for clothes that are mass produced and exploit garment workers in the process. I also sew in protest to the fashion houses and labels that define women’s bodies so narrowly that, for anyone who steps outside the ‘standard’ thin fashion body types, choices are limited if available at all.

When I have more spare time on my hands, this is a blog I would love to flesh out in more detail. Let me know if that’s something you’d like to read!