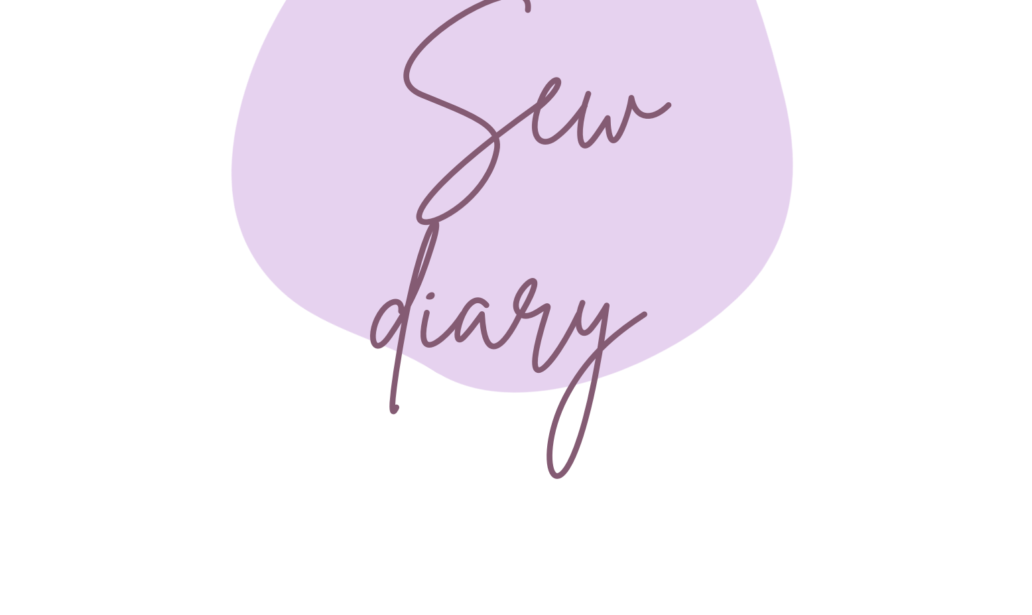 Fresh from choosing my Make Nine projects for the year, I started with a project that was just in time as the snow and ice made an appearance –

What can I say about this? I mean, look at it – it does all the talking! It was definitely a high note to start on this year – there is a review of the pattern here so there is no need for me to say a lot about it now.

8 January – Sew Over It Maisie Dress

Another pattern on my Make Nine was the SOI Maisie – after a quick toile (and minor modifications to make sure there was no neckline gaping, I decided to push the boundary a little with the fabric I used. The pattern recommends a light to medium fabric but I went with a heavy navy jacquard that was gifted in exchange for a blog post by the lovely team over at Minerva and you can read a review here.

Gertie’s World is the gift that keeps on giving – anyone who knows me knows that I’m a dress person. I find it quite difficult to style separates because I don’t really like how my figure gets cut in two. Honestly, I find everything to criticise when I’m not in a dress. It’s probably just that I am so not used to looking at myself in anything else but I thought that, if there was anything that could change that, it would be a Gertie pattern. So I deviated from my Make Nine (although, the Hepburn is on there so separates are accounted for) and got this gorgeous fabric from PIMI; bonus is that this can be done in under an hour (except the piecing the pattern together – I find it so tedious is takes me several distractions and cups of coffee). There is a full review on the blog.

11 Jan – Another Sew Over It Maisie Dress

Needless to say, I fell in love with this pattern and waited only a couple of days to get stuck into making another version – I loved it so much that I decided to use the deadstock Kate Spade fabric which I sourced from Simply Fabrics Brixton – I’ve been saving this since last year and it took a lot of procrastination to get the nerve to cut it.

The taffeta actually changed the fit a little – it sees a bit more revealing that the navy jacquard version; I am totally ok with that! I really feel as if this is a cut of dress that would suit everyone and I envision a lot more of them in my wardrobe.

I think it’s clear I am on a Sew Over It pattern binge at the moment – I have never been disappointed with a pattern yet and the 40s wrap dress is no exception. This was another fabric I received from Minerva as part of the makers blogger network and, even though the pattern called for a rayon or crepe (neither of which I like much), I decided to take a risk on this floral cotton and I think it works quite well. This is definitely a spring dress, but that won’t stop me wearing it now with tights and cardigans!

Another repeat within days but how could I resist? I am going to have to do a little fabric shopping and batch make some more of these. They’re the perfect layering piece – I love the cotton / spandex comfort and that neckline is just too cute! This charcoal is a great basic layering piece; I bought it from Fabric Godmother – and tried hard not to be distracted by all the glorious prints on the website.

Obviously, since everyone else seems to have made them, I was going to get there eventually – however, I rarely find things appealing when they’re all I see everywhere so it took me some time to come back to this pattern. What a simple and satisfying sew – these will not be the last pair I make!

24 January – Sew Over It Marguerite Dress

This was another Minerva make – you can find full details of it over on the Minerva website. It was my first use of cotton canvas and while I wouldn’t have thought of it primarily as a dressmaking fabric and while it came with its own difficulties when it came to hand stitching multiple layers, I will absolutely sew with it again. It’s much more comfortable than I assumed canvas would be.

Technically, it isn’t finished as I still have to slip stitch the waistband but I ended up in hospital as I was nearing completion so it has been abandoned while I recover.

This little sloth label from Pink Coat Club really does sum it all up for me tonight:

I’ll put pictures up of this lovely dress as soon as I feel better – it’s just such a cheery number that I already look forward to brighter days and wearing it!