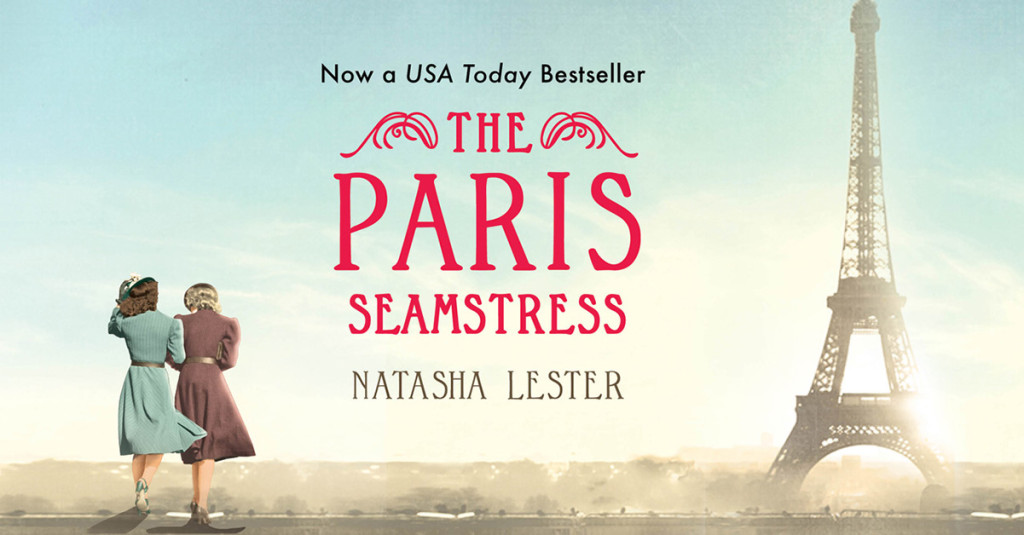 It’s no secret that I love historical fiction so when the genre aligns itself with sewing (my second love) it’s not even a question of ‘to read or not to read’. As far as historical stories go, the second world war is certainly up there among the most popular historical settings. I usually veer towards earlier historical periods so it was the subject matter that attracted my attention with this one more so that the historical period. Natasha Lester’s The Paris Seamstress is a novel which spans generations, crosses oceans and is a testament to what people are willing to sacrifice for love and family.

Be prepared to have your heart ripped out.

The story begins in France in 1940 with a young seamstress named Estella Bissette. Estella dreams of becoming a famous fashion designer in Paris but, with the Germans advancing on the city, Estella’s mother sends her to America on the SS Washington, taking with her only a small suitcase and her sewing machine.

Estella arrives in New York and tries to make a name for herself in the Garment District, the hub of fashion in America. However, as she builds a glamorous new life, Estella is haunted by everything she left behind, including the handsome stranger she met shortly before she left Paris.

The novel weaves between Estelle’s story and 2015 with Estelle’s granddaughter, Fabienne Bissette (a successful curator), who has New York from Australia to attend the Met’s Annual Gala at which Estelle, now one of the most famous names in fashion, is being honoured and her designs exhibited. Fabienne has always known her grandmother as a legendary fashion designer, but she knew nothing about her grandmother’s early years until her father revealed something to her before he died. When Fabienne arrives in New York she has questions for Estella but Estella is unwilling to discuss the past with her granddaughter; Fabienne begins her own investigations which lead her to uncover the buried and (be warned) violently traumatic secrets about Estella’s early life – parts of this novel are very hard to read. Fabienne also has to face her own decisions about where her life is going (and her own handsome strangers).

Natasha Lester does an amazing job with the details in this book – especially the fashion. There is a lot of cultural history in this novel and the way in which Lester often describes Estelle’s feelings in terms of sewing and fabric is just beautiful and utterly relatable for any sewist.

In spite of the heart breaking events of the book, The Paris Seamstress manages to be a charming, life-affirming novel about chasing your dreams and finding your potential. I recommend this to anyone with a passion for sewing and fashion.