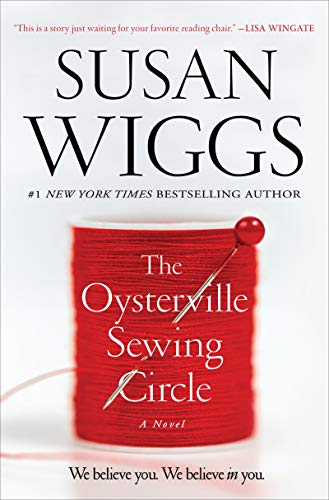 Since childhood, Caroline Shelby has always known what she wanted from a career – to design and sew clothing. Upon completing her schooling, she leaves her hometown of Oysterville and moves to New York. She gets a job with a well-known designer, Mike Taylor, and, after ten years, is on the verge of getting her big break, exhibiting her own line at an upcoming fashion show. But this is an industry where loyalty is rare and Caroline faces the worst betrayal when her designs are claimed by Mike as his own.

On the back of her disgrace in the fashion world, her best friend and top model Angelique Baptiste arrives on her doorstep, a victim of domestic abuse fearing for her life, needing a safe place for herself, her 6-year-old, Flick and 5-year-old, Addie to stay. Caroline welcomes them into her home, but her life is thrown into disarray when she comes home to find Angelique dead following a drug overdose. She had never realised her friend was using, and now she faces another dilemma; she once promised Angelique she’d care for Flick and Addie should anything ever happen (never imagining anything would).

Finding herself a new guardian to two children and out of a job, Caroline returns home to Oysterville. Upon her return, she bumps into Will Jensen, whom she’d fallen in love with as a teenager when he spent summers in Oysterville with his grandparents. She always assumed she and Will would end up together but, instead, he ends up marrying her best friend, Sierra.

Following a return visit to Lindy’s Fabric and Notions, where she worked as a teen and discovered her love for sewing, Caroline is inspired by a conversation she has with Lindy to start a support group for victims of domestic abuse. With the assistance of her sister, she sets up ‘The Oysterville Sewing Circle’, an innocuous name that would not arouse suspicion from abusers.

Just as Caroline starts to settle down in Oysterville and regain her creativity with new designs starting to take off, she is faced with an unexpected challenge (no spoilers, I promise) but she is primed this time not to run away but to stand and fight for what – and who – she loves. Despite the depth of some of the issues in this novel, this is a lovely read – both entertaining and poignant.