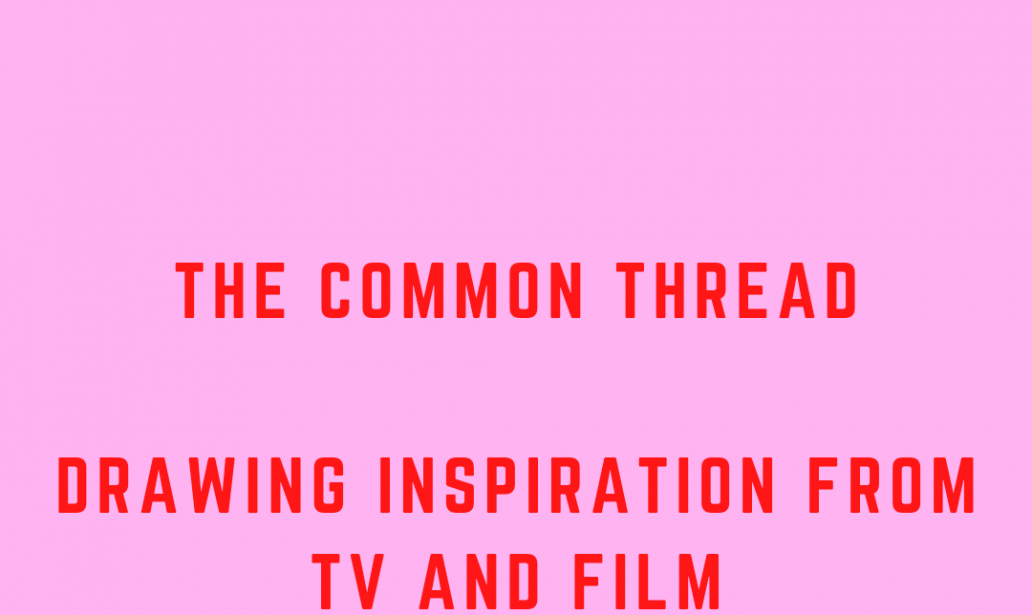 When I was a child, there was nothing I loved more than hearing the stories of my grandparents – it was often better than reading a book (and as someone with a PhD in Literature, I’ve always prized reading books) because these stories were being told by the people I loved about their own lives and times; so they were colourful, filled with details and packed with emotion. They introduced me to colourful characters, family and friends in settings spanning the countryside idyll to the landscapes of war. These stories tied me to their history on an emotional level and have had a lasting impact on the woman I now am; not least in the stories I read and watch and in the clothes I wear.

Now that my grandparents are no longer here, the stories are all that survive; those and some mementos and photographs, little moments that have been frozen in time. I think that’s why I love watching historical films and television shows set in the first half of the twentieth century, particularly the 1940’s and 1950’s, because many of the stories on the screen remind me of my grandparents and their early lives but at the same time remind me of that little girl who was whisked away into history through the stories she was told.

When it comes to what I wear, a formative influence is, undoubtedly, the example of my grandmother. And while I cannot carry off her pencil skirts and tailored trousers with a form-fitting blouse, I’m drawn to the essence of the fashion which she wore her entire life; accentuated femininity. Women of her generation seemed to know the power of clothing; she and her sister were always dressed to impress, not that they had to put the effort in – it is simply who they were. Perfectly coiffed hair, manicures, never a crease in their clothes, lipstick and perfume essential; and they were like this even when working and raising a family. I have to add that even their slippers had heels, which is probably where I draw the line!

Before I started sewing – and I’ve talked about this in my ‘Weighty Issue’ post – I wore predominantly reproduction vintage styles; apart from the fact that the styles of 40s and 50s fashion work for the shape of my body, there was always that part of me, I think (now I’m thinking about it), that was subconsciously channelling the incredible women who helped to raise me and the stories I was raised on. So, while fashion keeps progressing and innovating (all the while drawing from the past anyhow), when it comes to the clothes that I wear, I am tethered to history. Basically, my wardrobe choices are motivated by nostalgia – sewing vintage-inspired clothing is essentially the common thread linking me to the strong and incredible matriarchs in my family.

The Lure of Costume Dramas

The real appeal of period dramas (and the same is true of literature, in my opinion), is that they are seemingly timeless. For anyone interested in fashion, they’re totally irresistible, too. Who didn’t watch Bridgerton without feeling inspired to make an empire neckline dress?

Or how about Claire’s red dress in Outlander? It’s another one I can’t get out of my head; it’s so clever, drawing together classical eighteenth-century gowns with the cutting edge of mid-twentieth century style.

Fashion – the common thread the tying epochs together. Utterly fascinating!

Lovecraft Country was another show in which the costuming totally distracted me from the storyline. Set in the 1950s, the series follows Atticus Freeman (played by Jonathan Majors), a bookish Korean War veteran as he searches for his missing father, joined by his George (played by Courtney B. Vance) and his childhood friend Leti (played by Jurnee Smollett). On their road trip, they encounter the real racial terrors of Jim Crow America but also some fantastical ones, including monsters from the works of H. P. Lovecraft whose pulp fiction Atticus reads (while the show acknowledges Lovecraft’s notorious racism). The costumes are in many ways quintessentially 1950’s (in fact, many of the pieces are original vintage) but they also have a modern edge.

The designer herself, Dayna Pink, said the secret of the show wardrobe lay in the tailoring. Not only are Leti’s dresses fitted to perfection, Atticus’ t-shirts accentuate every muscle of his body! Honestly, I think the last time I paid this much attention to costuming was when I watched Mad Men (my love of which explains my use of the Betty and Joan patterns by Sew Over It).

The reason this is a duo-blog today, however, is because Lisa and I got a bit carried away in conversation one day about our mutual love of the BBC show, Call the Midwife – the fashion is an obvious reason, but there is also something about the show that is so warm and compelling that it would be hard not to invest yourself emotionally in the story and the community at Nonnatus House.

Like Mad Men, Call the Midwife showcases authentic mid-twentieth century fashion although there’s a stark contrast between Madison Avenue and the working-class East End of London. Each character – the nuns are excluded from this statement for obvious reasons, even though their costumes are historically correct – exude so much of their personality in their wardrobes, from Jenny’s sweet 50’s cotton day dresses to Trixie’s full-on glamour. Full disclosure, I can’t say I’d be dying to borrow anything from poor old Chummy’s wardrobe.

As the storyline moves into the early 60s, many of the characters still have distinctively 50’s looks; after all, the poverty in the East End meant that the latest fashion wasn’t always possible. However, with the main characters, you see the beginnings of 60s fashion – there’s a real Mary Quant influence, particularly in the wardrobes of Trixie and Valerie. In the earliest seasons, Trixie was generally the ‘fashionista’ of the midwives but as the story progresses, Val almost steals the limelight which is most obvious when she appears in Barbara Hulanicki’s pink and white gingham dress which was a real hit when it was released.

Even the makeup changes from season to season but that’s a conversation for a different day.

While I would love to try out many of the looks from the show, the fact that I took up sewing just as we were heading into lockdown means I haven’t been too outlandish in the outfits I have made. I think my style is most closely aligned with Jenny’s floaty day dresses than Trixie’s night-out wardrobe.

Dress such as the Sew Over It Betty and Marguerite really emulate this style. Jenny also knows how to work a bateau neckline.

Gertie’s book, Gertie Sews Jiffy Dresses has a lovely boatneck dress, which I made a few months ago.

Another recent Gertie pattern (exclusive to Patreon), the Skipper body suit, would fit nicely into Trixie’s keep fit classes. We might not wear them as exercise garments but they’re a pretty useful layering staple to have in the wardrobe.

I could go on about the fashion in this show endlessly and maybe I will come back to it in a future post.

1 comments on “The Common Thread: Sewing A Nostalgic Wardrobe”