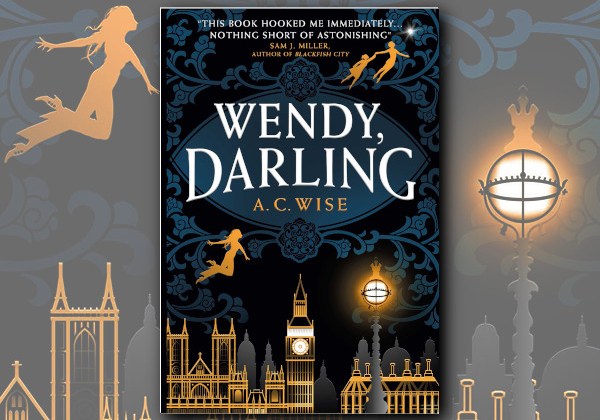 It has been over 25 twenty years since Wendy, Michael and John returned from their adventures in Neverland with Peter Pan. Rather than them retaining happy thoughts, Wendy is the only one who remembers Neverland; her brothers have forgotten (or, more aptly, repressed their memories). Michael has survived World War One but is suffering from depression while John is burdened by economic challenges and family responsibility. Wendy, with her ‘delusions’ of Neverland has been diagnosed with mental illness and spent several years in an asylum, St. Bernadette’s, before obtaining permission to leave only after she agrees to marry a man she’s never met, Ned.

The core of Wendy’s troubles reside in a deep seated yearning for Peter and the times she thinks of as being the best of her life. One night, Peter returns, unchanged, and mistakes Wendy’s daughter Jane for Wendy and takes her to Neverland. Determined to find her daughter and bring her home, Wendy recovers the ability to fly and follows to Neverland where, with the mind of a woman, she realises her childhood experiences were not what they seemed. Neverland is dark and terrifying. Peter Pan is a manipulative, oppressive bully.

The story is expertly plotted out; in spite of changing between Wendy and Jane’s point of view and weaving between time in Neverland, the asylum and married life, this novel holds up and is hard to put down.

This is a novel you would never guess is about sewing; and yet, without the story explicitly spelling it out, sewing is at the heart of this tale. You’ll recall in the original Barry tale, Peter Pan loses his shadow and when Wendy first meets Peter, she sews it back on for him. This scene is relevant to the plot of Wendy, Darling, too. Sewing is a skill Wendy wields in her adult life; from in the clothes she wears to the friendships she makes to the mission she faces in finding her daughter.

Wendy sews her own clothes which might not seem unusual at the time but it is when you consider that she sews wide legged trousers which society deemed “too modern, too mannish” and might reflect badly on the tastes of her husband and father in law rather than merely being an expression of her own style’.

While in the asylum, Wendy befriends Mary, who Wendy at first mistakenly thinks is Tiger Lily. Mary is from the tribe is from the First Nations People of Canada and, displaced in English society, has been left to be forgotten in the asylum. Their friendship is stitched together, literally, as Mary teaches her how to sew little secret compartments in her clothes and teaches her to improve her sewing skills, stitch by stitch.

When Wendy leaves for Neverland, she arms herself with her needles, thread and scissors – having purposefully made the pockets deep enough to carry such things. Far from being a cumbersome chore for Wendy, sewing is a source of feminine power.

The flashbacks to Wendy’s incarceration threw an uncomfortable spotlight on the treatment of mental illness in post-Edwardian England, particularly as it relates to women

I think this may well be my favourite re-imagining of this story; it is a wonderfully dark, feminist retelling that takes on a life of its own, exploring the historical treatment of women and mental illness in post-Edwardian England while at the same time tackling the very modern issues surrounding misogyny, mental health, race, childhood and adult trauma and what it takes to survive.